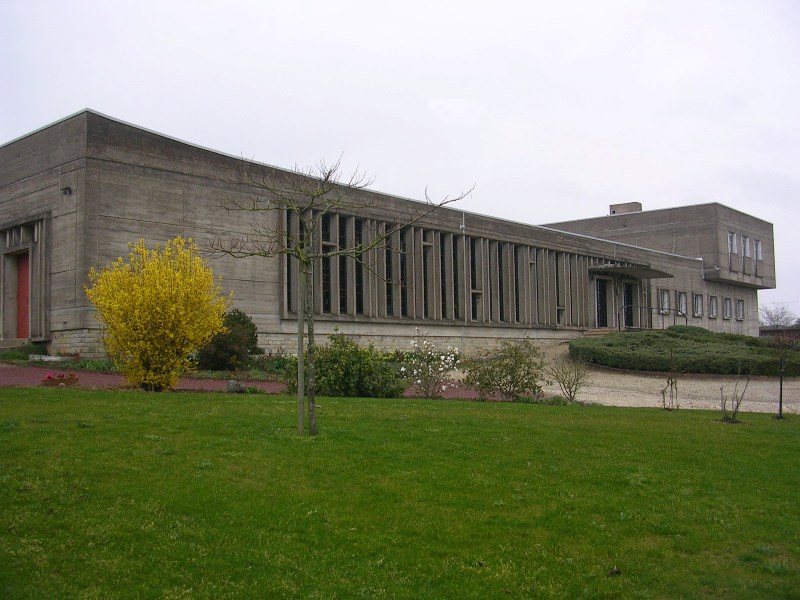 On November 21st 1856 the Carmelite nuns of Le Mans founded The Immaculate Conception Carmel at Laval. The community grew rapidly which necessitated another foundation which was made in Shanghaï.
At the turn of XXth century, the community disbanded. After an interval a new foundation was established at Laval by M. Marie-Xavier from Tours Carmel whose sisters had been exiled to Jersey. She and seven sisters left the island on 3rd May 1921 to found the new Carmel at Laval. In 1953 Fr Marie Eugène of the Child Jesus told us we must think about moving. A place was chosen just outside the town. On September 3rd and 4th 1965 the new convent was blessed and commissioned by Mgr Guilhem, bishop of Laval.

It is found at 21, rue du Carmel. We are about twenty sisters whose principle activity is silent and communal prayer (liturgical Office) in a common life of love.
For balance we work preferably in solitude in order to preserve recollection and prayerfulness. We undertake accountancy work, cooking, housekeeping and also some remunerated work. Our most important work is making Altar Breads and the majority of the sisters are involved in this. We also have a photocopying shop and a workshop that makes fleecy scarves.

Built in concrete, Laval Carmel was the first building in Mayenne to be designated a “XXth Century Heritage Site”. The Department of Culture and Communication set up this designation to raise the awareness of the general public to the value of the architectural heritage of the XXth century so often disregarded. The small plaque “XXth Century Heritage Site” fixed to the building does not bring with it any regulatory obligations for the proprietors. 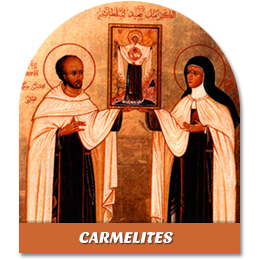