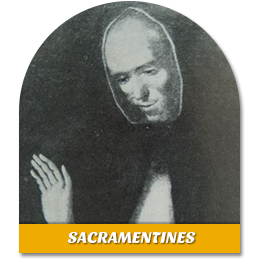 The order was founded in Marseille in 1659 by a Dominican priest, Father Lequieu, who became Brother Antoine of the Holy Sacrament.

After the French Revolution, the sisters opened two new monasteries in Aix-en-Provence (1806) and Avignon (1807).