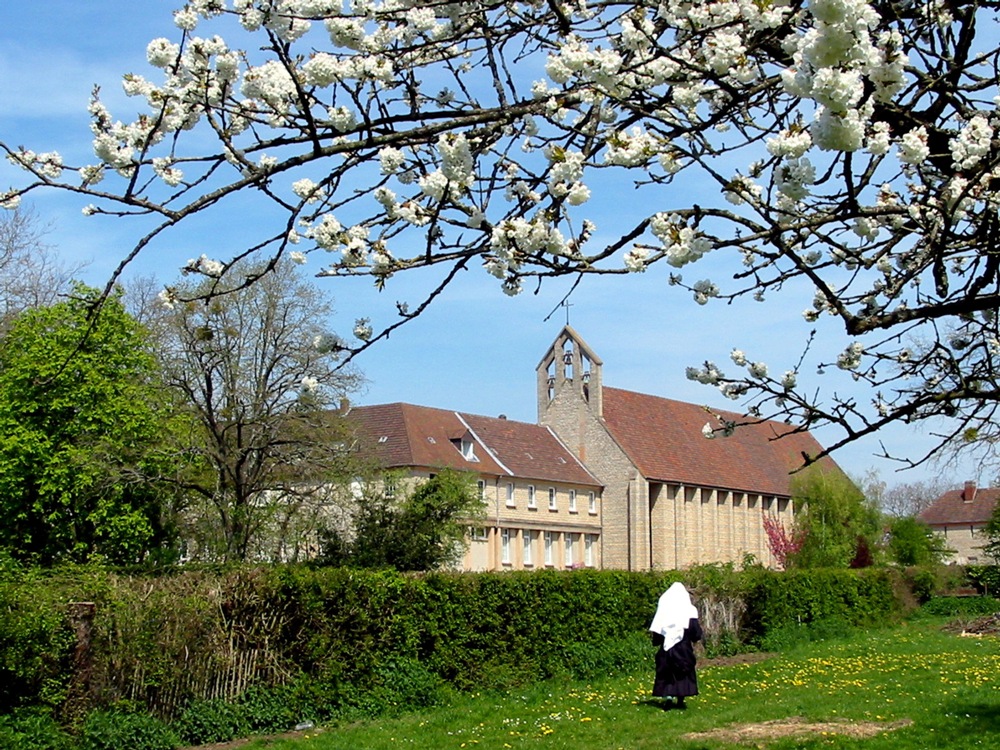 The History of Our Monastery

The abbey was founded at Almenêches (15 km from Argentan) at the end of the VIIth Century by Saint Eroul. It was destroyed by the Normans, and restored in about 1060 when it adopted the Rule of St Benedict. Refomrmed by Fontevrault in the XVIth century, it was transferred to Argentan at the command of Louis XV (1736). The monastery was dispersed at the Revolution and regrouped in 1822. The prestige of its lace-making meant that the community avoided expulsion at the beginning of the XXth century, but it was destroyed during the battle of Normandy in 1944 which obliged the community to withdraw to Sées. In 1958, the Community was able resettle in the rebuilt monastery on the edge of the town of Argentan.

The community of about 35 sisters of the Abbey of Our Lady of Argentan, does its utmost to sing the praise of God in all its beauty, using the liturgy of Paul VI and Gregorian chant.
Seeking God in all things, finding their joy in living together, the nuns devote themselves to manual work in their studios – silkscreen painting, calligraphy, illuminations and lace work –  as well as carrying out household tasks, looking after the kitchen garden and the farm. Their hospitality has very much of a family feeling.

A large relic of St Opportune (Abbess in the VIIIth century) in the crypt is is venerated, in particular by couples wanting a child.
The nuns make needle lace, using a stitch which is uniquely theirs.