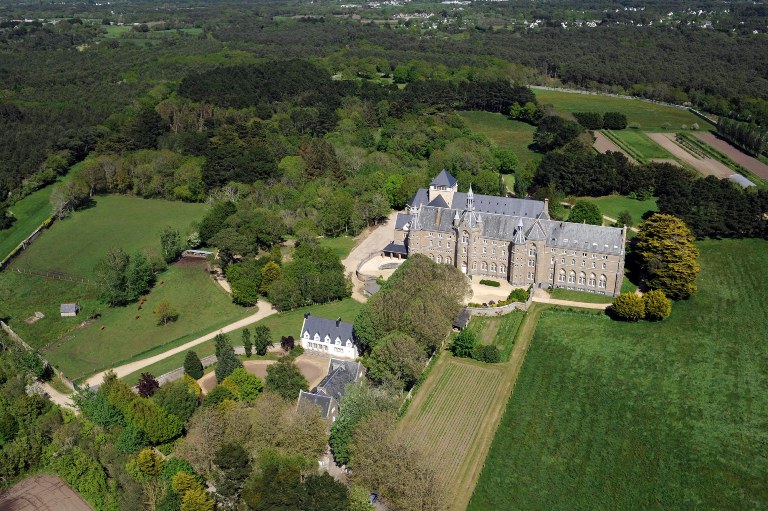 The history of our Monastery

The monastery was founded by the St Cecilia’s Abbey, Solesmes, in 1898. It belongs to the Congregation of Solesmes. Although it has barely a century of history behind it, the community has endured several ordeals : from 1901 – 1919, exile to the Isle of Wight in England, even though the building of the Church was not finished; from 1943 to 1945, a new exile to Grandchamp because the monastery was occupied by the Germans. Then on the 19th April, 2007, an accident caused a fire in the Church that had been completed in 1971. Nevertheless, under the patronage of the great archangel St Michael, courage has never failed, and the divine service has not been interrupted. The new Abbey Church was entirely rebuilt and consecrated on 29th April, 2012. “Who is like God?” These little words direct our whole life : “no-one can compare with God!

The Abbey of St Michael of Kernogan, Plouharnel, today numbers nearly thirty sisters. Our monastic life is marked by the rhythm of prayer, work and reading the Word of God with devotion. Our liturgy is entirely sung in Gregorian chant. “7 times a day and once at night”. Work is divided between organic farming, a small guest house and several workshops, including one for making 100% natural jams which are sold in our monastic shop.

Our life is wholly devoted to contemplation. Our new Church, in all its beauty, lends itself to the celebration of the Divine Office which is our main way of evangelisation. Each year, we organise 3 or 4 retreats in the guest house for young students and young professionals which give Christian formation in the school of St Benedict.