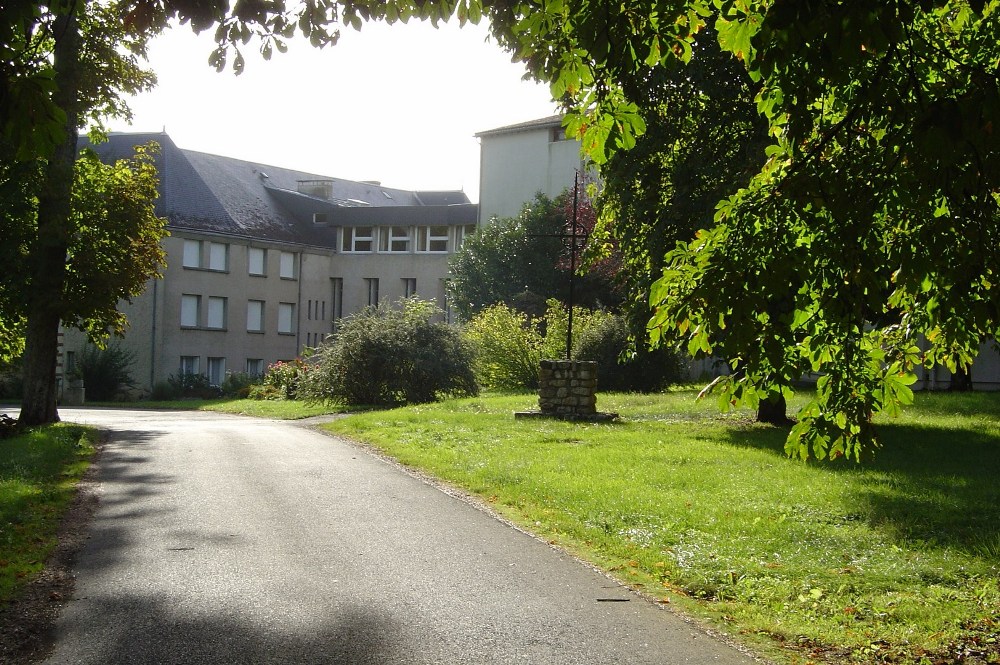 The Abbey Sainte-Croix de Poitiers at Saint-Benoît, which was founded around 552 at Poitiers by Saint Radegonde, queen of the Franks, under the name of Sainte- Marie, received that of the Holy Cross because of the Relic obtained in 569 from Justin II, the Emperor of Constantinople. Under its protection, the community which still possesses it, has passed through the vicissitudes of history until now without interruption. The Benedictine Rule succeeded quite soon that of Césaire of Arles.

Transferred to Saint-Benoît in 1965 (about 4 miles from Poitiers), but still implanted in the diocese, the community of the Abbey Sainte-Croix of Poitiers at Saint-Benoît, now part of the Federation of the Immaculate Heart of Mary, welcomes in its rural setting and shares with its guests (12 rooms) the psalmody of the Liturgy in French, and offers a few regular activities (see the site). The manufacture of altar breads and the sale of local products assure our livelihood.

A few Special Features of our Monastery

The Relic of the Cross is exposed to the veneration of the public on the first Sunday of each month, from 4 pm to the end of Vespers which are celebrated at 5.30 pm. Then the hymn Vexilla Regis, composed by Venantius Fortunatus, is sung commemorating the arrival of the Relic to Poitiers in 569, the anniversary of which is celebrated on 19th November.