Monastery of dominican nuns at Prouilhe 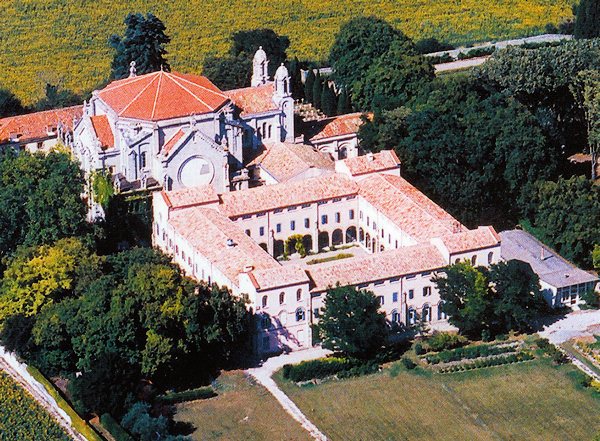 The history of our monastery

At the beginning of the 13th century, a number of women converted from Catharism through the preaching of St. Dominic were established on the site of Prouilhe, which was a recognised Marian shrine from the 10th century.  The monastery expanded fast and as early as 1250 there were 140 nuns.

Donations from bishops and nobles enabled the acquisition of a vast estate which generated revenue to support the community.  By the end of the 14th century, the monastery had founded eleven communities in France and Spain.

In 1516 the king of France, Francis 1st, signed a concordat with Pope Leo X allowing him to appoint prioresses and abbesses of major monastic establishments.  Prioresses were appointed by election in Prouilhe and the monastery lived through a period of conflict which lasted until just before the French Revolution of 1789. In 1792 the community was evicted, dispersed, the buildings demolished and the whole of the vast estate sold as “Bien national” (National Property).

It took a century for Prouilhe to be rebuilt, thanks to the impetus of Fr. Henri-Dominique Lacordaire with generous funding from the Countess Jurien de la Gravière.  In the end, nine sisters from the monastery of Nay were sent to found Prouilhe again on April 29th, 1880 by Fr. Cormier op. who was then Provincial of Toulouse.  The Dominican way of life was reborn at its very source.

There are near thirty sisters from several continents in the community today, which since 2003, has taken up the challenge of internationalisation.  The community assumes the intentions of the Church and the whole world in the liturgy, prayer of the Rosary, lectio divina and contemplative prayer and maintains the plea of Dominic for all mankind in the intimate sanctuary of his compassion: “Lord of mercy, what will become of sinners?”

Here in Prouilhe where the grace of the foundation is still at work, the community welcomes encounters with nuns, friars, Dominican sisters and lay Dominicans to share their experience. This nourishes, enhances and encourages the development of the Mission of the Order and every one of its members. 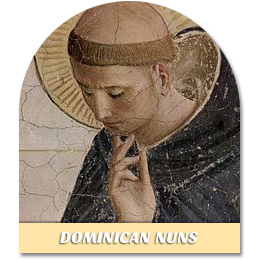 Monastery of dominican nuns at Dax

Monastery of Dominican nuns at Lourdes

Monastery of dominican nuns at Prouilhe